Hey y’all, it’s the time of the year again! It’s the season virtually everyone, if not all folks have been anticipating. Matter of fact, I’ve got a few friends who already have their daydreams and are still having it as a result of their elation as to how much they’ve drooled regarding the Christmas(Yule) season.

Christmas(Yule) is certainly a season to be crazy about, not just because it comes with a fardel of some of the most beautiful gifts and presents encapsuled in luxurious parcels or noels with heatfelt melodies  and harmonies, but because it is the season of  the Him, Christ Jesus’ celebration. The season He was born.

Before we delve into the facts of Christmas, , lets take a lil sneak peek at  it’s origin.

The Origin of the Christmas(Yule)

There are basically two views regarding the origin of Christmas. We are only going to talk about one. Click on here to get both views if you want to delve into the other.

The English term Christmas (“mass on Christ’s day”) is quite a recent origin. The earlier term, “Yule” was arguably derived from the Germanic jōl or the Anglo-Saxon geōl, which alludes to the feast of the winter solstice.

The corresponding terms in other languages—Navidad in Spanish, Natale in Italian, Noël in French—all probably denote nativity. The German word Weihnachten denotes “hallowed night.” Since the early 20th century, Christmas has also been a secular family holiday observed by Christians and non-Christians as well, denuded of Christian elements, and marked by a progressively elaborate exchange of gifts. In this secular Christmas celebration, a mythical figure named Santa Claus plays the pivotal role.

Futhermore, the early Christian community did a differentiation between the identification of the date of Jesus’ birth and the liturgical celebration of that event.

The actual observance of the day of Jesus’ birth was long in coming. In particular, before the third century of christianity, there was quite a solid opposition to recognizing birthdays of martyrs, let alone that of Jesus Christ.

The exact origin of earmarking December 25 as the birth date of Jesus Christ is unclear. The scriptures, known as the the holy book by christians provides not a single hint regarding this. This date, December 25th was first identified as the date of Jesus’ birth by Sextus Julius Africanus in 221 and later became the universally accepted date.

One widespread explanation of the origin of this date is that December 25 was the Christianizing of the dies solis invicti nati (“day of the birth of the unconquered sun”), a popular holiday in the Roman Empire that celebrated the winter solstice as a symbol of the resurgence of the sun, the casting away of winter and the heralding of the rebirth of spring and summer.

Indeed, after December 25 had become widely accepted as the date of Jesus’ birth, Christian writers frequently made the connection between the rebirth of the sun and the birth of the Son.

One of the difficulties with this view is that it implies an insouciant willingness on the part of the Christian church to appropriate a pagan festival when the early church was so intent on distinguishing itself absolutely from pagan beliefs and practices.

There are inumerable facts about Christmas, but we’ll talk about just a few:

All things being considered, Xmas is a season to experience and be grateful for! There is this saying I solidly hold on to, inspired by the enthusiasm and exhileration of a few friends though! It goes, “a life without a Christmas experience is one without the spice and true piquancy of genuine celebration.”

Well, that’s it for this entry y’all. I want you do me a favour, tell me in the comment section below about how your christmas celebration will go or went, as the case may be, depending on when you see this, whether before or after the Christmas celebration. Merry Xmas, y’all!

You wanna know more about us, yeah? Click on here! 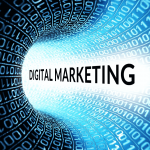 PrevHow To Start A Career In Digital MarketingDecember 9, 2019
Some scholarships are granted specially to African-American ladies.May 5, 2021Next