Life is a circle: you’re born, whine about not getting enough chocolate, school starts, you get to grow up, graduate and find a job. It goes round and round until you get fixed up in a “workplace”.

Here, you come across a word you’ve always heard but probably haven’t fully implemented yet. That word is “teamwork“. It’s unavoidable, it’s what gets the job done!

In this process, you have to roll with your colleagues on a plain level and that’s how you know the ones who have astonishing attributes.

Although he joined the team just recently, it feels like he’s being here from inception. His name is Ahmad Jedah A.K.A, Jenique and he’s Aggital’s Motion Graphics Designer. Honestly, he’s got magic hands when he’s editing a video and we’re humbled at his skills and expertise.

Jenique was born and raised in Epe, Lagos Island. I’ve actually never met anyone who’s so proud of his hometown (especially after the monumental fish was installed at Abraham Adesanya roundabout). He talks about it whenever he gets a chance to and probably has plans of ruling the town.

There are a few things about him that we love and really appreciate, his commitment to work and his relationship with everyone. Actually, it’s really safe to say Jenique is a good listener and an excellent team player.

Sometimes, distractions get the best of us and we tend to leave the most important stuff undone. Well, for Jenique, it’s slightly different. He’s really good at shutting everyone out of his head and giving a 100% focus to work. We usually describe this moment as “staying in the zone”, it’s how he gets the best jobs done.

Just like everyone else, he’s got his flaws too but, we’re glad his good sides override his bad sides. Asides from his productive “zone” style, Jenique’s got a hilarious laugh. He laughs, and whatever triggered his laughter would trigger yours, you just can’t help it.

Music gets some of us going sometimes but for Jenique, music gets him going all the time. He loves music. Oh! Did I mention he’s also an artiste with about 5 songs to his name? He also produces and directs music and movies.

Another interesting stuff about Jenique is his accent, he’s got a soothing Yoruba accent. Sometimes, we just want him to pronounce a name or any word simply because he has an amusing way of pronouncing it.

Unlike some of us at Aggital, LOVE is an act he holds in high esteem and we sometimes envy how much commitment he shows to his loved ones. This is actually one unique and amazing fact about him.

Most importantly, Jenique has big dreams and has a gift of learning really fast. As mentioned earlier, he’s a good listener and as long as it adds value to him, he would listen and implement whatever you teach him.

At Aggital, everyone’s got a creative gene in them and Jenique is another important part of the squad. We love what we do, and we just fit perfectly into each other’s worlds. 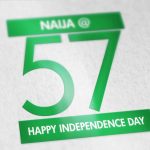 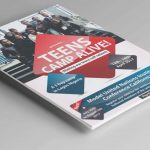