This One Time I Had a Crush! 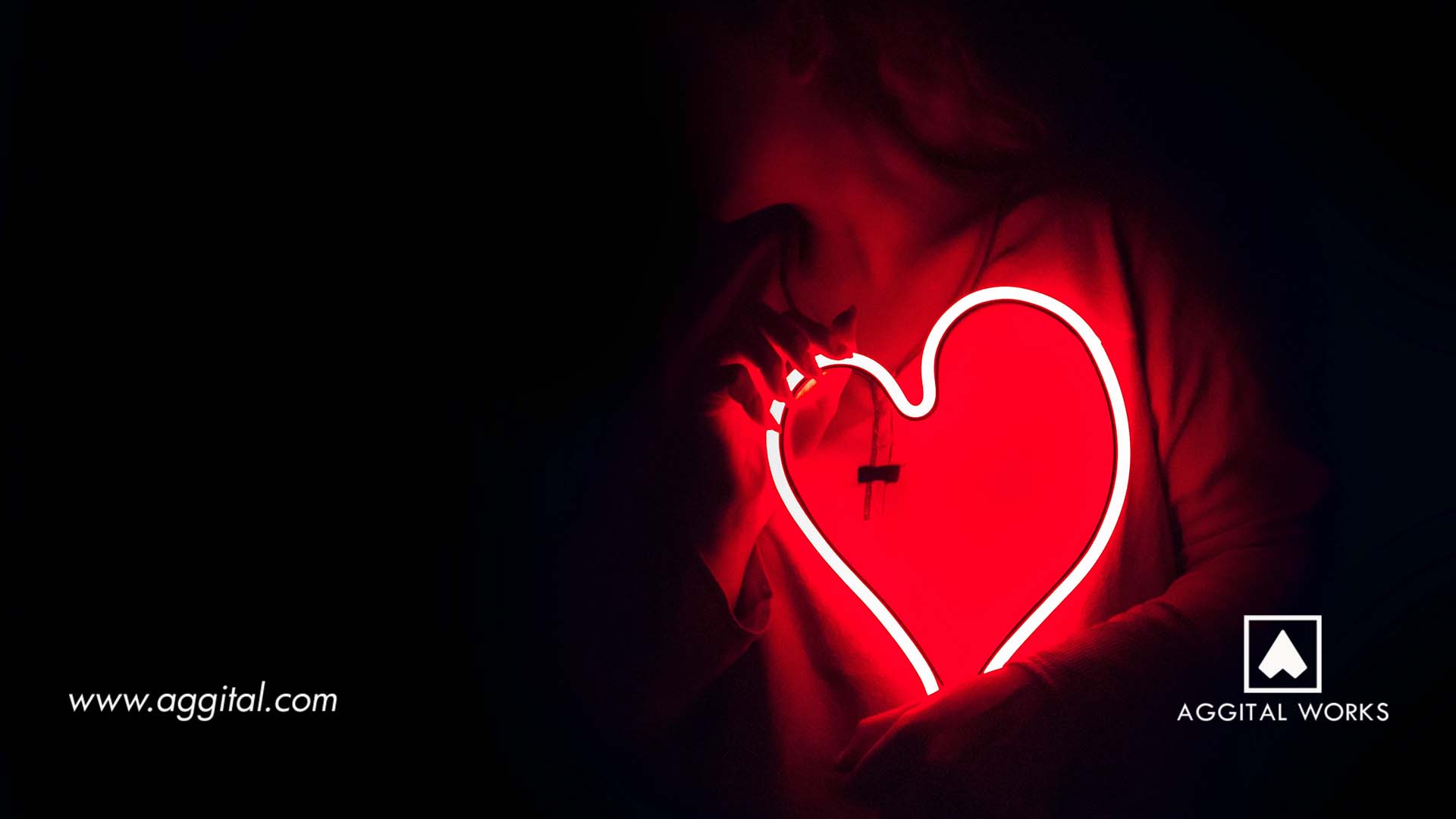 Once upon a time, in the land of Shoot Your Shot, there was a Prince Charming that got every last piece of my attention.

I met this guy in school, his name was Boluwatife.

Calling him Boluwatife seemed like a chore (too long a name), so I started calling him Tife, which was kinda sexy.

This was the first time I had a genuine crush on anyone, but it was nothing but a simple crush which…I’d leave this part till the end.

The first day I walked into the class, I was so full of hope. I was particularly interested in making a new set of friends and also getting a crush that returned the affection.

Well, the friend part didn’t go so well, but the crush part turned out to be really intriguing.

As usual, not everyone shows up in class on the first week of resumption, so the class was half empty. I saw a lot of cute babes and dudes, but one dude caught my attention.

He was tall, slim, slightly dark, cute, calm, and cute again! I think he had a dimple as well, not that deep though, let’s just call it a mini dimple. Did I mention his cuteness?

So, I got myself a seat right behind him, wanted to stare at his perfectly round head all day.

Unlike me, he had a smiling face. Even though there was literally nothing to smile about, he still kept smiling, which made him ten times hotter!

Oh! I forget to mention our first eye contact….

As I was scanning the class for a suitable chair for my butt, he was already looking at me. The spark in his eyes was the major reason I sat behind him.

He looked back at me a couple of times, I didn’t want to ruin the moment, so I kept my own part of the looking game. You know how those oyinbo (White) movie casts fall in love at first eye contact, it was something similar.

The first day was great, but it was nothing compared to the unspoken connections after then.

I went home feeling positive about the whole school session, I shot everyone a smile and started to imagine what our first conversation will be like.

The imaginations weren’t enough, I needed some closure, so I unleashed the FBI in me.

The first thing I did was search for his full name on the class group chat. As soon as I got the name, I went straight to the first place almost every youth will consider checking, Instagram.

His name is not so scarce, so there were quite a number of results but because I was too focused on getting his attention, I didn’t mind looking up each Boluwatife Hastrup on Instagram and Twitter.

You know, there was every possibility he didn’t use his full name on any of the platforms, he could belong to the species of individuals who coin ridiculously “gangsteric” names just for social media handle purposes.

Luckily for me, he was a complete gentleman. His handle is his exact name.

So, I finally found Tife!

At that moment, I felt an unexplainable rush of excitement. My joy was extra.

I started looking through all his pictures on Instagram and I saw his mum, my mother-in-law to be. I could feel my heart skip two beats, started to giggle like a 3-year old who met Santa for the first time.

Next thing, I began to imagine myself in the dining room with his mom.

Translation — *Do you know my Bolu eats pounded yam a lot, you need to pound yam for my child every weekend*.

Actually, I know how to pound yam, but I don’t have the strength.

Here’s what I mean, I’ll make a perfect director at a Pounded Yam Training Camp, but I won’t pound because I’m too fragile to lift up a pestle and hit in on a mortar 50 times or more. I can only do it about 10 times and I’m done.

Call me lazy all you want, that’s just how it is. I wasn’t wired for such work.

I’m quite sure you know I didn’t tell my imaginary mother-in-law that, right? I did what any sweet girl would do, I lied.

Don’t judge me, everyone wants a cute husband.

“To ri pe I’m the only girl, emi na ni mo ma’n fo odo ati………” A WhatsApp notification sound snapped me out of my wide imagination, I had taken it too far anyway.

*Because I’m the only girl, I’m also the one who washes the Mortar and…*

Forgive my mixed breed Yoruba and very obvious exaggeration, finding a husband in Lagos could be really hard, so I had to make a good first impression. I know it was all in my head but, I didn’t want to ruin any part of it.

So, I didn’t have the nerve to slide in his DM, I decided to go the easy way, launch a liking spree.

I liked some very notable images on his page and left a comment on a photo he took with his mum, “You got a cute mum”.

The comment part wasn’t easy though, I thought about it for more than thirty minutes and was extremely nervous.

A few days later, I was expecting a “Thank you” or a love emoji or specifically, a direct message.

I started to lose patience but still made excuses for him at the same time. A class was scheduled for that Friday so I felt he was waiting to see me before expressing his heartfelt appreciation.

Friday came, my most anticipated Friday ever!

“Hi dear, I’m sorry I haven’t replied to your comment or followed you back. I was caught up with some really serious issues at home but it’s over now. Can I take you to see a movie after class today?”

“He’s probably shy”, another flimsy excuse I allowed myself believe.

Immediately I got home that day, I unliked the pictures I previously liked and deleted my comment. Then I liked them back, liked two more pictures I didn’t like earlier and dropped a sweeter comment on his mum’s photo… “Your mom did a great job with you”.

Now that I’m writing this down, I just realized I was kinda creepy.

Well, it will interest you to know this — That act wasn’t the height of my creepiness.

I liked all the posts he liked, agreed with all his comments and followed a bulk of the people he followed.

Two weeks passed, Tife still didn’t acknowledge anything I did.

I started getting mad at him for not reciprocating and it was completely exhausting.

You know the crazy part? I had a dream about him.

I still can’t believe I dreamt about a complete stranger. It only meant I was too involved in the whole chasing thing, which made me feel like a weirdo.

For the record, he was a complete jerk in my dream and when I woke up, I was so furious that I deleted all my likes and comment.

This time, I didn’t re-like or re-comment.

Another Friday came (Two Fridays after the first time we met, exactly twenty days after), I wasn’t so excited anymore.

“You know you didn’t have to delete that comment. I told my mom about it and when I wanted to show her, it was already gone.” I was at the balcony, didn’t know Tife was right behind me.

“She thought I was trying to get a favor from her”, my lips were quivering already at this point, “You might have to come to the house and tell her yourself”.

My imaginations were finally valid!

I froze initially, then I finally blurted out some stupid words, “Where did you submit your 805 assignment?” — A completely irrelevant question, everyone submitted in class, including my silly self.

Tife didn’t waste time to ask me out on a mini date, turned out he’s a true Pounded Yam lover.

He took me to a Pounded Yam spot somewhere around Surulere, “Mumsi’s office is on the next street, this is where we eat anytime I come to see her at work”.

We talked about a lot of things.

I told him about the whole imagination thing, my weird psychic ability (only a psychic would have known he loved pounded yam so dearly) and of course, my absurd dream.

The best part was when his mum met us at the restaurant.

Even as a Yoruba babe, I usually don’t kneel completely to greet any adult (not even my folks), but I didn’t have any problem greeting Tife’s mum with both knees kissing the restaurant rug.

She was smiling, so it felt more like a joke.

“Bawo ni my dear, did Bolu ask you to comman act like the girl that commented on my photo?” She obviously didn’t believe him.

This was the part where Tife’s mum told me about how special I am because he had never brought a babe to that restaurant. Sadly, this is also the part where I tell you this was another wide imagination.

Tife never acknowledged my likes, comment or any bullet I shot at him.

As much as I love happily ever after stories, this one didn’t end so well.

We finished school after a year and a half, then he officially announced his wedding date on the group chat a few days after graduation.

He got married to a classmate which I saw at every class session. I still don’t know how I missed it.

Sadly, all the glances and smiles meant nothing, they were just on the surface. Quite misleading if you ask me.

But then, he never said a word to me, so technically, he did nothing wrong.

I guess it’s time to complete that part.

It was nothing but a simple crush which led to the aisle…except with a girl who wasn’t me. 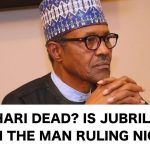