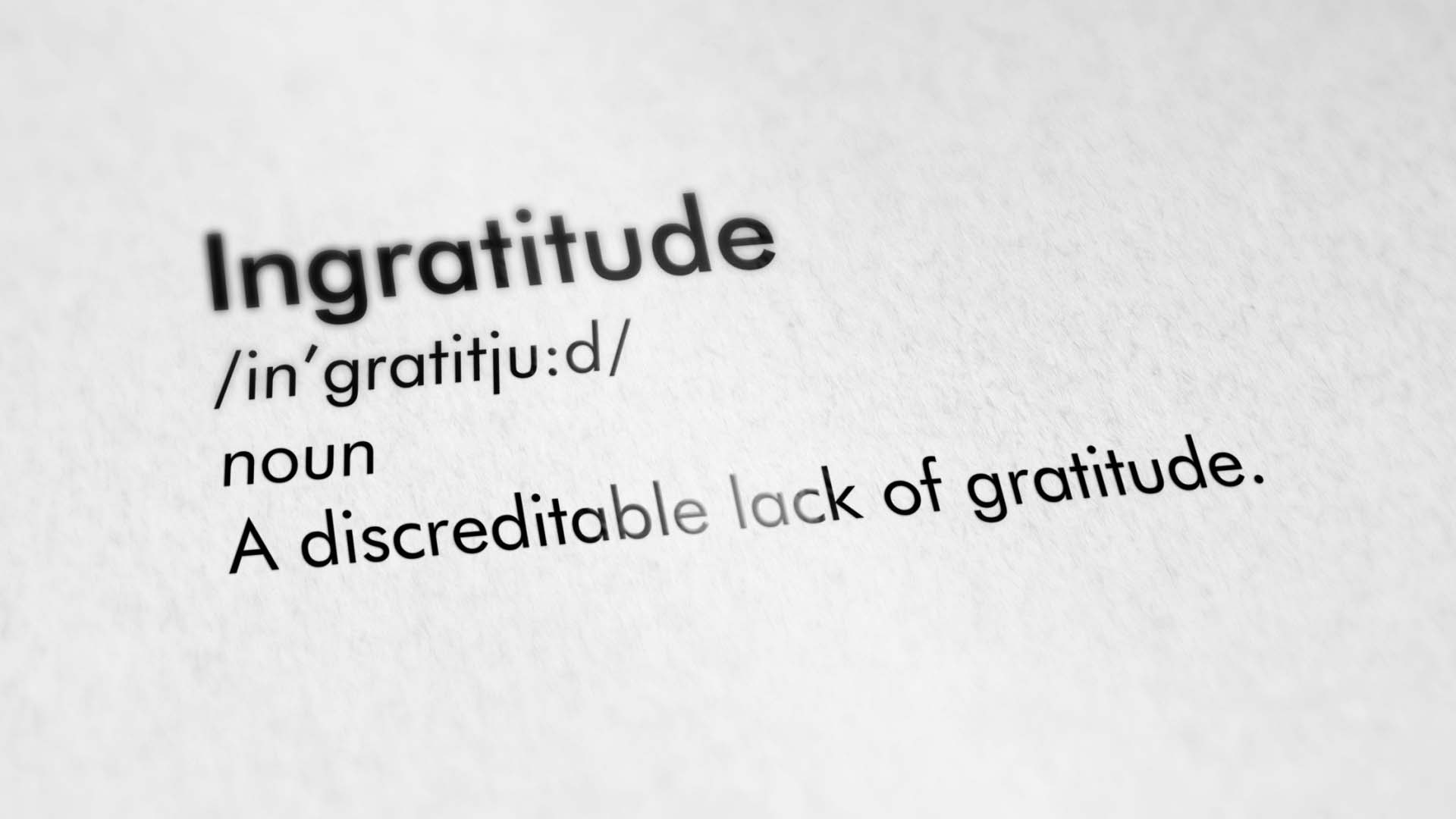 Have you ever wondered how a friend, colleague, neighbor, or family felt when you returned their good intentions and unmerited favor with the opposite? Well, don’t overthink it, it’s the same way you felt when your ex broke your heart and when that friend betrayed your trust.

It’s also the same way you felt when your boss questioned your loyalty and when a colleague stabbed you in the back.

Let me tell you a story about ingratitude, it was my discussion with my new found friend.

It was a Saturday morning, I was going home after a long week at work as usual. It rained heavily that day. After being drenched by the rain on the sea, a fellow passenger in the boat gave me a lift from the rain, a distance from the jetty as I had already walked ahead.

He was an elderly man, courteous and quite reserved. I kept on looking around the car and thinking like I always do when I happen to meet a new person, “How can I start a conversation? I need to have a relationship with this man beyond this our short journey. I need to know who he is, I need to be his friend, and we need to exchange contact.”

After a short while, when I was sure I won’t distract him from the flooded road, I launched.

‘Do you work at the Polytechnic Sir?’ I asked, pointing to the sticker.

He turned and looked at me, then he smiled, ‘No, I don’t sir‘, he answered. ‘I shuttle through the school most times to avoid the bad road around the Sawmill, so I requested for their pass, and I was given. I work at Ajah.’

‘Now, that’s a good start’, I thought to myself.

I discovered he is an estate agent and contractor, a prospective client, ‘interesting‘, I thought.

I told him what I do with so much enthusiasm that he became interested. He told me his name and I told him mine in full with a twinkle in my eyes, then I added, “The name has a story to it.”

“Most Yoruba names have a story to it”, he replied.

Here’s my story, the reason for my name, the way my mom told it.

‘It was a difficult time for the family’, she said, my sister was just nine months old, and here I was, a fetus, the size of a bean, gallivanting in her womb. I wasn’t expected, at least, not at the time.

She considered several options, abortion inclusive, but I came to stay.

At birth, I was accounted to be the toughest of all her delivery, over three days of intense labour, ‘If the child will die let it just die and let me be comforted, this pain is unbearable!’ She had said, I don’t blame her at all, and yet at birth, I refused to cry.

After about twenty minutes, when all hope was almost lost, I shrieked! ‘I felt Joy unexplainable when I heard you cry’, she said, ‘and the first thing I said was Onaopemipo (meaning I have so many reasons to give thanks)’.

She recounted the troubles I gave while teething and in my early school days, how she stopped selling in the market because of me, the list is endless. A detailed account would run to volumes of encyclopedias.

As fate will have it, I am her only male child, her second husband, and the heir apparent.

This is my sole reason for wanting to compensate her efforts and make sure I live a life that brings her joy always, a life that won’t bring bad memories to remembrance.

After listening with keen attention and contentment, there was a refrain, and then he said, “I have a story too.”

‘It’s a good thing you have proposed to do in your heart sir’, he said. ‘Children should live their life as a source of joy to their parent and not one of ingratitude’, he continued.

‘Reversed is the case for my sister-in-law, she grew up to bite the fingers that fed her, she termed her mother a witch!’

I was just a few minutes to alighting, ‘Damn!’

The theme of his story was Children’s ingratitude to their parents.

He used his sister in-law’s enmity with her mom as an analogy, it was the most part of the story actually. I was subsumed with his story that I decided not to alight at my bus stop but go a little farther with him.

I need to hear this story!

When I finally decided to alight, he parked and continued his story.

According to him, his mother-in-law was a single parent.

She did all she could to give her children the best in education and life generally. In essence, she would go the extra mile in making sure they were comfortable and without the feeling of lack of a father figure. She did all these especially for the said sister-in-law because she was a split replica of the mother, even to the intricacies of the body features.

Perhaps, her quest to provide the best for her children made her do some indecorous things, to the knowledge of the daughter amongst other things. All he knew was that they suddenly became day and night and could not stand the sight of each other.

The daughter went to the extreme in objurgating the mother.

She refrained other family members from visiting or seeing the mother unless they want a taste of her wrath. Sadly, this story of ingratitude still continues as they both haven’t come to terms.

I took all in, I didn’t even notice the furious beating of the rain against the windshield. When I told him I was going to publish his story, he agreed. So I gave him my business card, exchange pleasantries, then I came down and hurried back to my house for shelter from the rain.

I know the two stories seem opposite, but the lesson is one; No vice is universally as hateful as ingratitude.

It is a plague that veils a person’s understanding of the good that has been done formerly. I can only imagine the pain and disappointment the mother feels. Even in the famous story of the Ten Lepers, we can tell the extent to which showing gratitude gratifies.

Well, after all is said and done, the only thing left is for you and me to check ourselves. In what way are we exuding ingratitude and paying back evil for good to God, our parents, our friends, our boss, our colleagues, our siblings, and even our acquaintances?

The best I know we can do for ourselves is to show gratitude to even what seems to be the most minute of good done to us. It doesn’t cost a drop of blood to say “Thank You” and mean it.

In the words of the wise King Solomon; If anyone returns evil for good, evil will not depart from his house.
Remember, our purpose in life is to help others, if you cannot help at the least don’t hurt them. 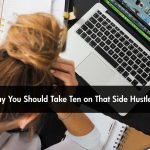 Prev5 Reasons Why You Should Take Ten on That Side Hustle.August 2, 2018
Knowing When it's Time to Quit Your Job.August 6, 2018 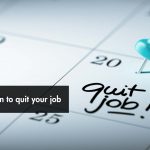