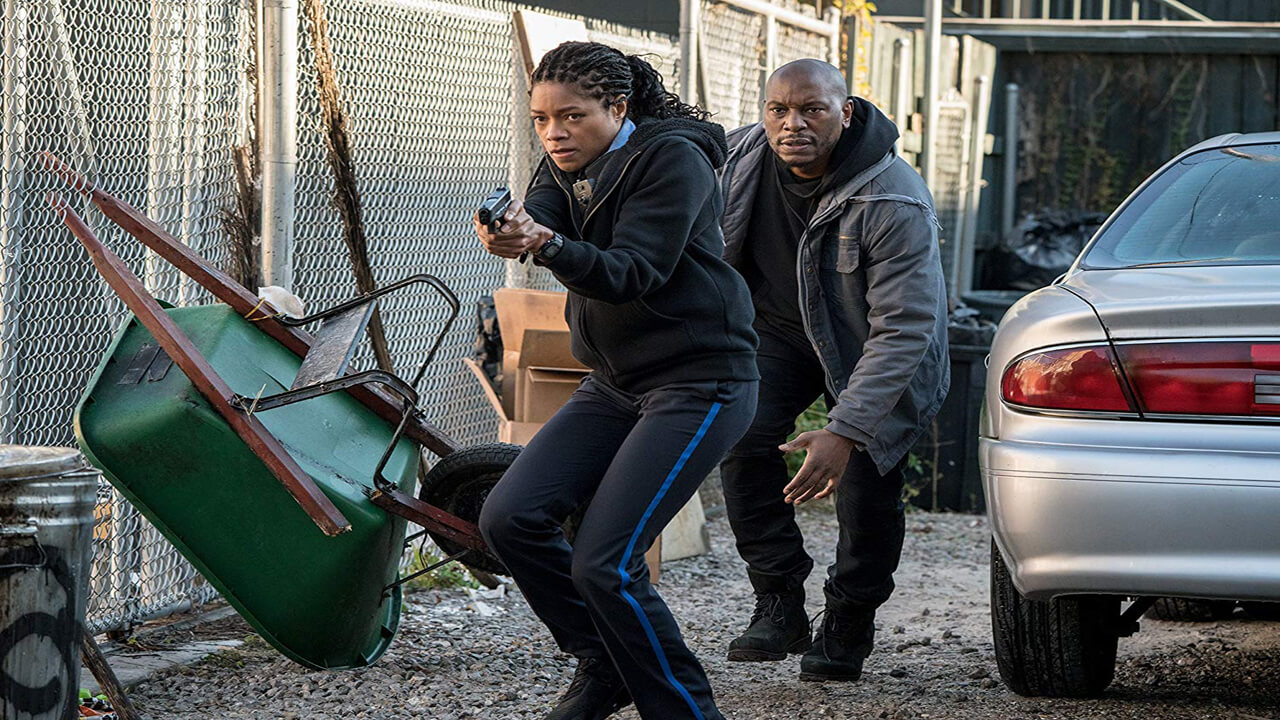 I was opportune to see a movie titled Black and Blue over the weekend. A rookie policewoman (Alicia West) in her early thirties, captures the murder of a young boy on her body cam. You wouldn’t believe who committed the crime; her fellow police officers! Shocking, right? Seeing this, I decided to write a black and blue movie review to express my opinion about the movie. Well, let me give you a brief plot about it. Enjoy the read…

One day, Alicia West and her partner Deacon Brown responded to a 911 call and as they were about to go in, Deacon asked her to wait for police back up as he goes to investigate. While waiting, her phone goes off then she sees a homeless man trying to steal a car.

She steps out of the car to scare the guy away, soon after she hears gunshots coming from the building her partner went to investigate. She arms herself with a gun and switches on her body cam then proceeds to the scene. As she walks slowly, observing her environment and trying to locate her partner to figure out what was going on. She hears voices upstairs then climbs to see her partner and two other police officers (Terry Malone and Smitty) questioning a young boy who is a drug dealer. Shortly after, Malone murders the unarmed boy trying to silence him because he knew too many that can incriminate them.

Alicia witnesses the murder and was shocked as to why they would kill anyone. Are police officers not supposed to serve and protect? Still in shock, Deacon sees her and shouts asking why she had stepped out of the car. Malone tries to contain the situation but scared, Smitty sees the body cam and immediately shoots her aiming for a kill.

At this point, I had so many questions running through my mind and one of them triggered this black and blue movie review you’re reading.

Wounded, she makes an attempt to escape and look for help, then stumbles on some cops driving through the neighborhood and stops them. At first, she thinks it was a coincidence she met them, but soon realizes they are also dirty cops and fled to save herself. After searching for help from door to door, she finds herself in a store. Milo Jackson, the owner of the store, hears some weird sound from the back, and although frightened, he summons up the courage to check what it was. He was both surprised and confused, wondering why a cop would be hiding out at his store. She then explained her situation to him and after so much convincing, he agreed to help her.

While recovering at Milo’s apartment, she realizes she has only twelve hours to upload the footage in the precinct before it is erased from the camera. To gain Milo’s trust, he requests Alicia to hide her identity as a female black cop so she won’t be killed.

Alicia West earns back her respect

She eventually finds her way to Darius Terrow (the drug lord in that hood) and tries to persuade him about not killing his nephew. Still, in doubt, he asks for proof and shows them the footage on the body cam. While they were watching the video, unknown to them, the chief of police had sent in the Calvary and they surrounded the area where Terry and his men lived. Soon there were gunshots and people dying. Milo and Alicia escape and soon after Alicia kills Smitty and gets in a physical fight with Malone. Milo leaves disguised as a police officer to the precinct to upload the video which he successfully does after much difficulty. The head of the police sees the footage and calls off the attack against Alicia, clearing her name and earning back the respect of the community.

This is such a nice movie to watch as it enlightens you on racism, unfair treatment by the police and corruption in the system. The system is broken they say, and isn’t that just, right? We see how hard it is for a black woman’s voice to be heard. Naomi Harris (Alicia) did an exceptional job playing that role. Honestly, I had my doubts at first but only the trailer captivated me to watch the movie. Although with some unclear scenes, I believe that was not the point they were trying to make from the movie.

Frank Grillo (Terry Malone} is my favorite villain of all time! His acting skills are beautiful, perfectly portraying the role of a bad guy in this action thriller. I didn’t see much of Mike Colter (Darius Terrow) and he wasn’t as terrifying as I thought he should. Anyways I’m not as surprised maybe because none of his roles in any TV show has intrigued me. I think he should have done better.

James Moses Black (Deacon Brown) didn’t intrigue me either, left to me, they could have chosen a better person. Oh, and I forgot to add Beau Knapp (Smitty) played a very awesome ‘bad cop’ as it speaks the truth of what happens in the society today. People are threatened by cops who pledged to serve. It is so disheartening to see videos of police brutality on social platforms. People are being harassed by law enforcement agents and I was glad emphases were made in this movie.

You can relate better if you’ve seen movies like Training Day, Cop Land, End of Watch, Bad Lieutenant, Street Kings, and more. This movie tells us that no matter what position of power we are in, always do the right thing. It is also a subtle reminder that a crime is a crime even if the victim is guilty. You do not have the right to take someone’s life because you’re in that position. I would rate this movie 7.5/10 and it shouldn’t deserve less. The points were made very clear and everyone should take time out of busy schedules to watch the movie. I must say, I enjoyed every bit of my time in the cinema that day. I also hope you enjoyed this Black and Blue movie review.

PS: To learn more about what we do at Aggital, click here. 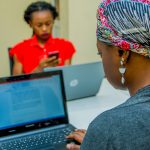 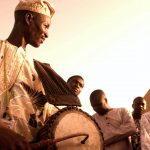