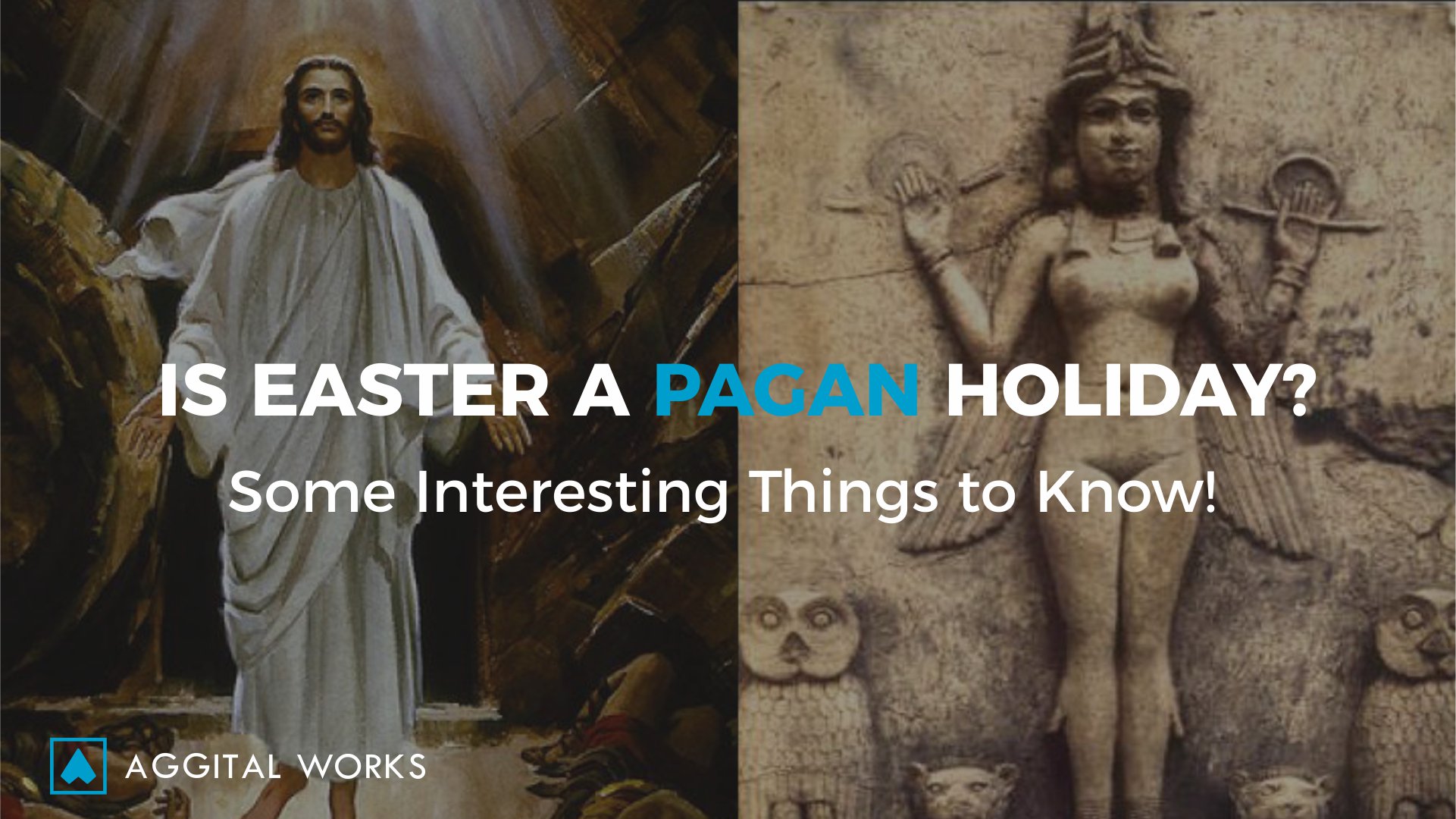 Hello y’all! I trust y’all are doing great. Happy Easter celebration. In the spirit of Easter, we are gonna be delving into a question that has been prevalent lately, it has been asked by several people in the preceding years, however, it is coming again, and I’m quite positive that it is coming again because it’s the season of Easter. The question goes, “is Easter a pagan holiday?

…and I get why people tend to ask this question. They’ve probably heard or read statements or articles that are based upon pagan origins regarding Easter that may be along the lines of; Easter came from the name of a pagan goddess, and as such, it is a pagan word and shouldn’t be used by Christians.

That said, it is safe to say that such words have created in people quite a serious curiosity to know for a certain what it is. So yeah, getting clarity regarding such matters is absolutely critical and understandable. Let’s delve right into it!

Is Easter a Pagan Holiday? What is Easter?

The word “Easter”, finds its origin in the Anglo-Saxon language. The Latin/Greek word for Easter is pascha, which means Passover. The English word “Easter”, which parallels the German word Ostern, is of uncertain origin. One thought, expounded by the Venerable Bede in the 8th century, also known as Saint Bede, was that it is derived from Eostre, the Anglo-Saxon goddess of spring and fertility. This view assumes, as does the view associating the origin of Christmas on December 25 with pagan celebrations of the winter solstice, that Christians appropriated pagan names and holidays for their highest festivals. Given the resolve with which Christians fought all forms of paganism, the belief in multiple deities, this appears to be a rather improbable assumption. There is also a consensus that the word derives from the Christian designation of Easter week as in albis, a Latin phrase that was understood as the plural of alba (“dawn”) and became eostarum in Old High German, the precursor of the modern German and English term. Again, the Latin and Greek Pascha (“Passover”) provides the root for Pâques, the French word for Easter.

Controversies Regarding the Dates of Easter

Designating the date on which the Resurrection of Jesus was to be marked and celebrated instigated a major controversy in early Christianity, in which an Eastern and a Western position can be distinguished. The dispute, known as the Paschal controversies, was not definitively resolved until the 8th century.

In Asia Minor, Christians observed the day of the Crucifixion on the same day the Jews celebrated the Passover offering, that is, on the 14th day of the first full moon of spring, 14 Nisan. The Resurrection, then, was observed two days later, on 16 Nisan, regardless of the day of the week. In the West, the Resurrection of Jesus was celebrated on the first day of the week, Sunday, when Jesus had risen from the dead. Consequently, Easter was always celebrated on the first Sunday after the 14th day of the month of Nisan. Increasingly, the churches selected the Sunday celebration, and the Quartodecimans (“14th-day” proponents) remained a minority. The Council of Nicaea in 325 decreed that Easter should be observed on the first Sunday following the first full moon after the spring equinox (March 21). Easter, therefore, can fall on any Sunday between March 22nd and April 25th.

Eastern Orthodox churches use a slightly different measure based upon the Julian, rather than the Gregorian calendar, which is 13 days ahead of the former, with the result that the Orthodox Easter celebration usually occurs later than that celebrated by Protestants and Roman Catholics. Moreover, the Orthodox tradition prohibits Easter from being celebrated before or at the same time as Passover.

Consequently, in the 20th century, several attempts were made to arrive at a specified date for Easter, with the Sunday following the second Saturday in April specifically proposed. While this proposal and others had many proponents, none came to fruition. Renewed interest in a specified date arose in the early 21st century, resulting from discussions involving the leaders of Eastern Orthodox, Syriac Orthodox, Coptic, Anglican, and Roman Catholic churches, but official agreement on such a date remained elusive.

Furthermore, this is the genesis, as well as the lacuna of the issue. The school of thought by Bede in the 8th century that associates Easter with the pagan spring goddess who the Anglo-Saxons worshipped in the spring season, a festival to her, is wrong. However, nobody officially publically pointed out the falsehood of that. Everybody sorta took him for granted, they just thought he was right.

Now watch this! Historians who study Ancient British Paganism and Anglo-Saxon history have argued that Bede is dead-wrong. Bede actually said his school of thought was only his interpretation. These historians have further shown that the Anglo-Saxons never worshipped a spring goddess by the name of Eostre. Point of fact, there was no spring festival in March or April during the 5th, 6th, 7th, and 8th centuries. This just means Bede was sadly mistaken.

Consequently, people have made this false association with this goddess. Some other people argue that Easter comes from the word Ishtar, and again, as it is popularly known, this is just false and is considered a phonetic fallacy, where because a word sounds like another word, it must be that word. Point of fact, Ishtar was not a spring goddess but was associated with the moon. Therefore, it behoves me to say that Bede’s claims were inaccurate and absolutely incorrect.

Of course, we know today as Christians, we don’t worship these entities, however, these are remnants of that history. Now, here’s the catch! Our months are also pagan, however, the Anglo-Saxon months were not named like the days of the week. The Anglo-Saxon months were named after certain events that happened throughout the year, most of which were agricultural. For example, February was called “Solmōnaþ”, meaning “mud month”. This was because, after Winter, there will be a melt which caused a whole lot of mud and dirt. November was called “Blōt-mōnaþ”, “Blót Month”, “Month of Sacrifice” or “Month of bloodshed”; this was a reference to the slaughter of livestock in preparation for the winter. Now speaking of Easter, the month of April was called “Eostermonað”, the word Eostre or Eastre does not mean a goddess in this context, rather, it means a month of openings or new beginnings. Here, Eostre or Eastre literally means the moth of openings. They called it the month of openings because this was the month when the tree buds will sprout, a month when lilies and tulips will spring out of the ground, and so on. Therefore, the month of April was called the month of Opening or New Beginnings.

It is rather fascinating how we have something similar to that in the Bible, in Exodus 12:2, where God said, this month, the month of Aviv, which is the month of April, will be the beginning of months for you.

…and it’s interesting how the word “Aviv” is derived from the Hebrew word “Abib” which means an ear or a time of year where grains will come into ear. This refers to the ears of the barley and of the corn, when they’ll ripen and are still young and fresh, also known as Nisan – the first month of the Hebrew calendar.

So in ancient tradition or culture, we see the idea of springtime as the month of beginning, opening or harvest. So apparently, this has nothing to do with the spring goddess and as such, should not be associated with her. Easter is not a pagan word. Matter of fact, the spring goddess doesn’t exist outside of Bede.

In conclusion, I understand that Easter has gotten mingled with paganism over the years across the globe, just like Christmas has gotten mingled with paganism; the idea of Santa Claus, being seen as a counterfeit omniscient being, rewarding you for being morally good. That is a false god based upon a work-based righteousness system. Like John MacArthur will say, “that’s the devil’s lie”. Santa Claus is just the world creating a kind of children’s picture of a false deity.

Also, Rudolph, the red-nosed reindeer, all of that has nothing to do with the person of Jesus Christ, and I get that it clouds the clarity of the picture of Christ, however, as John MacArthur said, ” GOD has allowed the birth of HIS son to be essentially a global holiday. Now, whatever accoutrements have been added to it to confuse it, whatever pagan elements have been added to it, same with the resurrection, and easter and rabbits and chickens and whatever! The world may do everything they can to confuse and cover that, nonetheless, it is still true that at this time of the year, the whole world is focused on the fact that the son of GOD became the propitiation for our sins, and this reality gives us opportunity to speak the truth into that consciousness”. See 1 John 2:2, John 4:10, Hebrews 9:5, and Romans 3:25.

Easter is simply not pagan, it is of GOD! We celebrate the resurrection of CHRIST JESUS and what HE accomplished for us. 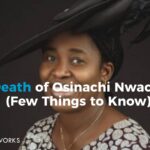 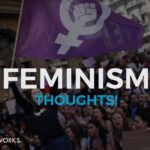 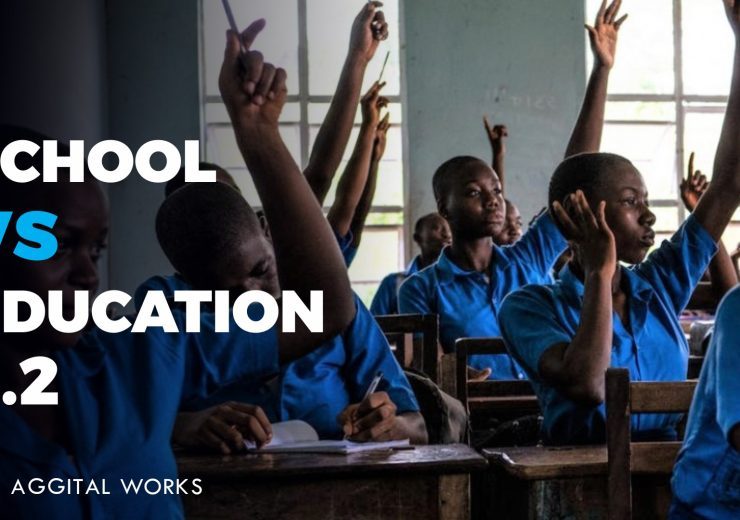 Hi, everyone! How’s it going‽ Still on school vs education. Let’s... 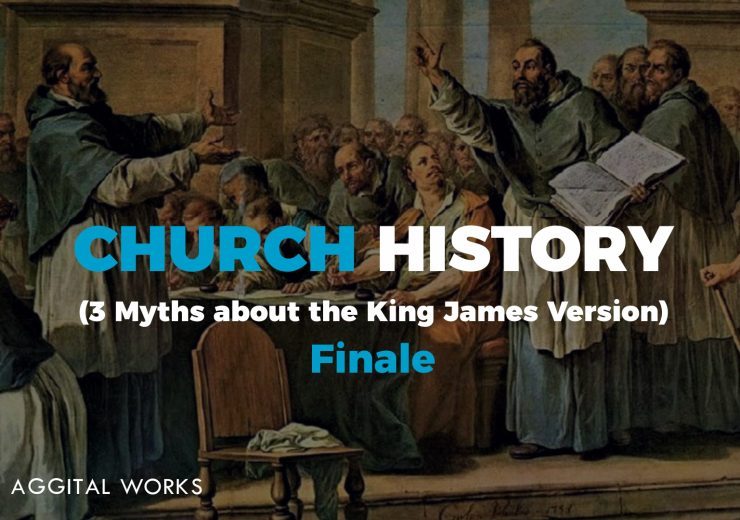 Hello guys! How’s it hanging at your end‽ Still on Church History (3...