Game Of Thrones – 15 Personal Nuggets From The Series

“Oh! Not again. What’s all this fuzz and hype about this movie sef?!” This was always my reaction each and every time I hear the words Game of Thrones mentioned.

The first time I heard these words was in 2014 when I was an intern at a design firm in Ibadan. My Boss was obsessed with the series, he’ll talk about it, predict the next scene, feel bad for his wrong predictions, commend the storyline, and so on.

It was as if his life depended on completing the new season.

The hype was so much that I naturally created an edge between me and the movie series. This enmity between us continued till very recently when the seventh season was released.

As always, the hype was magnanimous and superfluous, my initial reaction was to rebuff but curiosity got the better of me this time. I decided to see for myself what the fuzz is all about.

Much of the hype was on the lewd scenes of the series which was my initial contention but, all my resentment and antagonism to Game of Thrones died after the first three episodes.

Help! I can’t stop watching. I was a replica of my Boss, only this time, I was worse. It was like I was under a spell, when I’m not watching I’m thinking of watching.

I opened a new sticky note and started scribbling some important life lessons. The following nuggets are some of the many lessons I learnt:

[tweetshare tweet=”Reading and studying is a pointer to destiny”]

PS: You can also read the Black and Blue Movie Review. 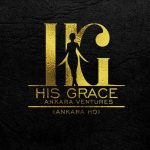 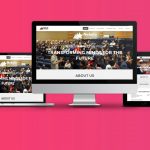